ers in Queensland experience excessively high levels of discrimination and vilification. The majority of cases are unreported. This synopsis summarises the outcome of consultations, workshops, online discussions and a recent survey of 204 sex workers who work in Queensland on experiences of discrimination and barriers to reporting. The outcomes demonstrate the failure of the current Anti-Discrimination Act to provide adequate protections for sex workers or an effective
process to report these experiences.

“I avoid discrimination as much as possible by anticipating it and concealing my sex work. That comes at a cost to ME. I avoid disclosing it, even where it would be an appropriate disclosure, because of the fear of discrimination, and the lack of redress I have if it occurs.”

In June 2022 we released SYNOPSIS TWO from our research on barriers to sex workers accessing justice in Queensland. The survey participants reported systemic barriers created by both the current laws and police attitude and behaviour toward sex workers.

“When sex workers attempt to report crime it is often not taken seriously. This synopsis summarise

s the outcome of consultation and a recent survey of 204 sex workers who work in Queensland on experiences as victims of crime, barriers to reporting crime and solutions. The findings demonstrate the failure of the current laws and practices in Queensland to provide access to justice for sex workers.”

““When I was robbed and bashed…police turned up an hour later and spoke to me like I was a piece of shit and told me I should change jobs…”.”

Under current laws in Queensland sex work businesses are only considered in industrial zones and even so applications are often not approved. This synopsis summarise

s the outcome of consultation and a recent survey of 204 sex workers the industries experience with planning approached in Queensland and in other jurisdictions. The synopsis offers practical solutions for planning solutions under decriminalisation for Queensland.

“Industrial zones are dark, away from people and public transit and other amenities, and often are located in places that are expensive to travel to if you don’t have a car…”

In October 2022 we released SYNOPSIS FOUR demonstrating the need for comprehensive WHS guidelines to be applied to all sex work workplaces in Queensland. 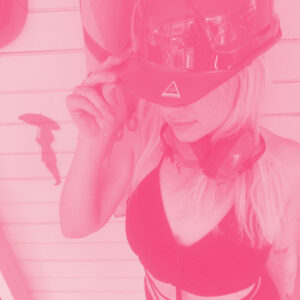 ers in Queensland do not currently have WHS protections. Many basic safety strategies are criminalised and the workplace regulator does not currently cover the sex industry.

This synopsis summarises the outcome of our recent survey of 204 sex workers who work in Queensland in relation to Workplace, Health and Safety.

“If I value my safety, it is impossible to comply with the current sex work laws.”

“It is just impossible to be safe AND follow the laws.”

The Case for Decriminalisation in Queensland – QUT Crime and Justice briefing paper, a publication of the Crime, Justice and Social Democracy Research Centre

“For the decades preceding the Fitzgerald Inquiry, sex work in Queensland was known as “the joke” – defined as illegal within the law, yet ubiquitous thanks to police corruption. In the 30 years since, Queensland has not yet managed to break out of this duplicitous mould. The laws and practise of sex work remain deeply at odds, causing problems for safety through costly and harmful policing. In this briefing paper, sex workers Elena Jeffreys and Janelle Fawkes, with academic Erin O’Brien explain the landscape, the evidence, and point towards the benefits of a decriminalised approach to sex work laws in Queensland.” Professor Melissa Bull, Director, Crime, Justice and Social Democracy Research Centre.

We have produced resources (infographics and videos) on why the laws in Queensland should be replaced with full decriminalisation.

The Sex work laws and workplace health and safety symposium report documents the outcomes of the Respect Inc and Scarlet Alliance, Australian Sex Workers Association event held at Brisbane Parliament House in November, 2018.The event was hosted by Peter Russo member for Toohey 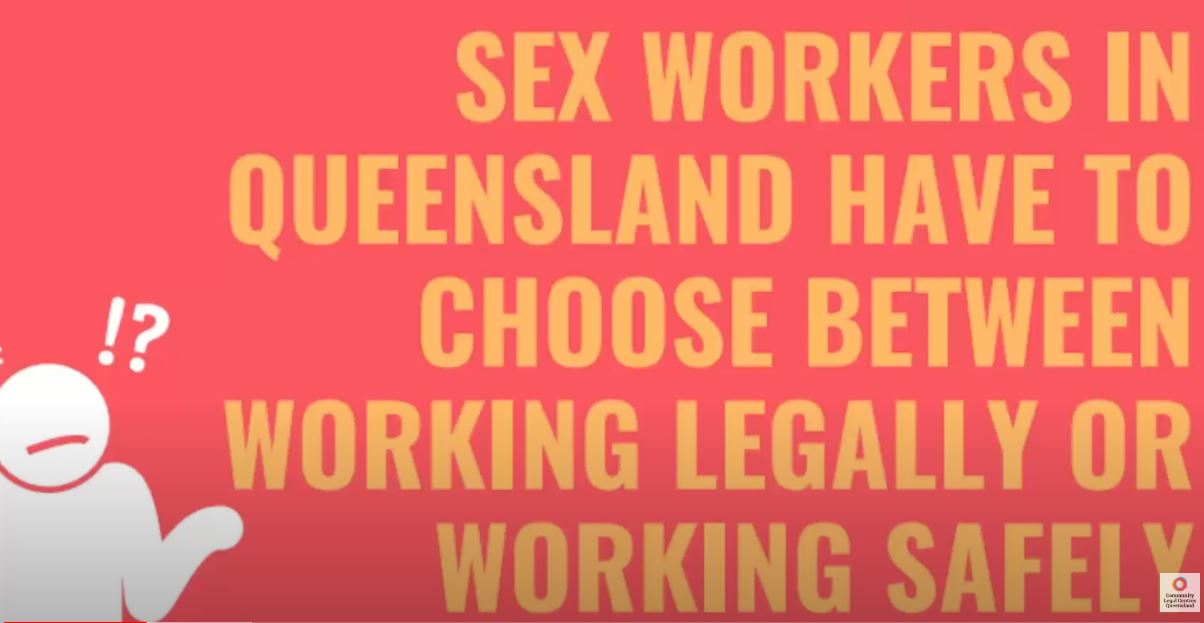 Watch a 1 hour webinar hosted by CLCQ (Community Legal Centres Queensland) discussing the decriminalisation review, the consultation paper, the need to repeal the licensing laws in Queensland and how the current laws work. https://www.youtube.com/watch?v=cd-8iQEJkrs 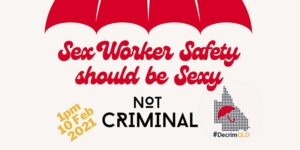 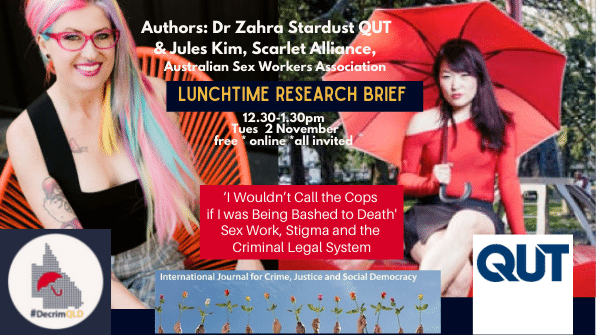 Watch a 60 min research brief webinar presented by QUT School of Justice and #DecrimQLD as authors Dr Zahra Stardust and Jules Kim talk to Janelle Fawkes about the national stigma research and the recently published paper on Sex Work, Stigma and the Criminal Legal System and how it relates to the Queensland licensing laws and policing. https://www.youtube.com/watch?v=qHClnF-znc8 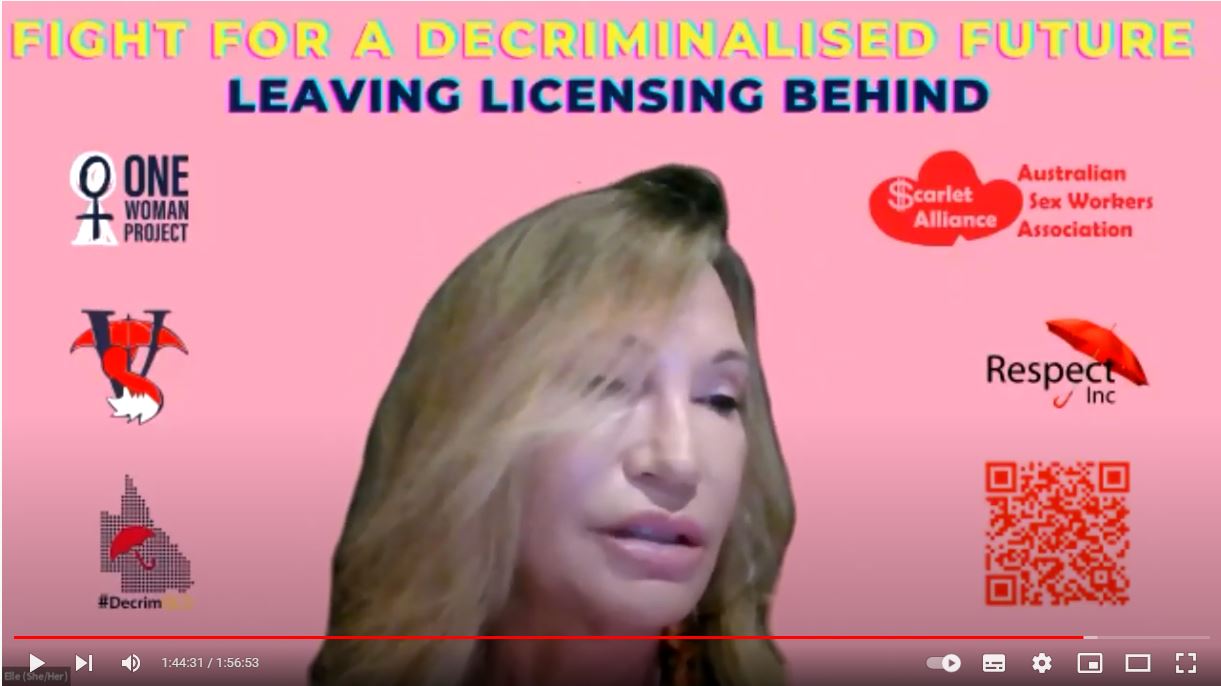 Webinar: Fight for a decriminalised future: leaving licensing behind

Watch a 2 hour webinar in collaboration with #DecrimQLD, Respect Inc, Vixen Collective and Scarlet Alliance, Australian Sex Workers Association, One Woman Project presented an International Woman’s Day event on sex worker rights. The presentations delved into the failures of licensing in Queensland and Victoria, and then explained the solution: full decriminalisation of sex work.  https://www.youtube.com/watch?v=A7GhYqOjCl4

“The public health evidence clearly shows the harms associated with all forms of sex work criminalisation, including regulatory systems, which effectively leave the most marginalised, and typically the majority of, sex workers outside of the law. These legislative models deprioritise sex workers’ safety, health, and rights and hinder access to due process of law. The evidence available suggests that decriminalisation can improve relationships between sex workers and the police, increasing ability to report incidences of violence and facilitate access to services [36,95,96]. Considering these findings within a human rights framework, they highlight the urgency of reforming policies and laws shown to increase health harms and act as barriers to the realisation of health, removing laws and enforcement against sex workers and clients, and building in health and safety protections [134]. It is clear that while legislative change is key, it is not enough on its own. Law reform needs to be accompanied by policies and political commitment to reducing structural inequalities, stigma, and exclusion—including introducing anti-discrimination and hate crime laws that protect sex workers and sexual, gender, racial, and ethnic minorities.”

Associations between sex work laws and sex workers’ health: A systematic review and meta-analysis of quantitative and qualitative studies

The Lancet series on HIV and sex workers

“Launched at AIDS 2014, the series examined the enablers and barriers to preventing and treating HIV infection in high, middle and low income countries with varying rates of HIV among sex workers.

The findings were consistent across all settings. Researchers found that the ‘decriminalisation of sex work would have the greatest effect on the course of HIV epidemics across all settings, averting 33–46% of HIV infections in the next decade’.2

The evidence clearly suggests that in order for biomedical prevention approaches to be successful, removal of structural barriers – including law reform and addressing stigma – remain critical.

Without the support of enabling environments, through the full decriminalisation of sex work, barriers will remain far too substantial for biomedical prevention alone to succeed.

The Lancet makes the important distinction between decriminalisation of sex work and what is often referred to as the legalisation (or licensing) of sex work.3

Figure 1: Excerpt from an infographic drawn from The Lancet series on HIV and sex workers.4

Decriminalisation of sex work applies to laws that criminalise consensual sex and related activities, including laws criminalising sex work; buying, soliciting, or procuring; brothel-keeping and management of sex work; and vagrancy, loitering, and public nuisance that are also used to target sex workers or clients.

Under decriminalisation criminal laws still apply to sex work, as they would to any other person or business. However, decriminalisation means that sex work is no longer seen as a crime but as work, and therefore, is subject to industrial regulatory mechanisms.”

The Lancet HIV and sex workers, article by Jules Kim, Decriminalisation of sex work: the evidence is in, HIV Australia

Recommendation 2: “Licensing of sex work (‘legalisation’) should not be regarded as a viable legislative response.

For over a century systems that require licensing of sex workers or brothels have consistently failed – most jurisdictions that once had licensing systems have abandoned them. As most sex workers remain unlicensed criminal codes remain in force, leaving the potential for police corruption. Licensing systems are expensive and difficult to administer, and they always generate an unlicensed underclass. That underclass is wary of and avoids surveillance systems and public health services: the current systems in Queensland and Victoria confirm this fact. Thus, licensing is a threat to public health.”

The Sex Industry in New South Wales: A report to the NSW Ministry of Health (2012) Kirby Institute

“Recommendation 1 The NSW Government’s legislative reforms of 1979 and 1995 should be endorsed. These reforms that decriminalised adult sex work have improved human rights; removed police corruption; netted savings for the criminal justice system; and enhanced the surveillance, health promotion, and safety of the NSW sex industry. International authorities regard the NSW regulatory framework as best practice. Contrary to early concerns the NSW sex industry has not increased in size or visibility, and sex work remains stigmatised.”

The Sex Industry in New South Wales: A report to the NSW Ministry of Health (2012) Kirby Institute

“Some countries have put in place systems to regulate certain segments of the sex industry, which are allowed to operate in specific areas subject to monitoring or compliance with official requirements e.g. … licensing or registration systems in states and territories of Australia. …In these countries, the law requires businesses such as entertainment venues or massage parlours to be registered or licensed and to comply with conditions such as the requirement that employees test regularly for STIs. The major flaw of all of these approaches is that the majority of sex workers operate outside of the licensing or registration system. For this reason, these approaches have not proven effective in preventing HIV epidemics among sex workers.”

Sex Work And Law in Asia and the Pacific (2012) UNAIDS

Conclusion (iii) Licensing and registration models have not been effective

Sex Work And Law in Asia and the Pacific (2012) UNAIDS

“Evidence from the jurisdictions in the region that have decriminalized sex work (New Zealand and New South Wales) indicates that the approach of defining sex work as legitimate labour empowers sex workers, increases their access to HIV and sexual health services and is associated with very high condom use rates. Very low STI prevalence has been maintained among sex workers in New Zealand and New South Wales, and HIV transmission within the context of sex work is understood to be extremely low or nonexistent. In decriminalized contexts, the sex industry can be subject to the same general laws regarding workplace health and safety and anti-discrimination protections as other industries. The legal recognition of sex work as an occupation enables sex workers to claim benefits, to form or join unions and to access work-related banking, insurance, transport and pension schemes.”