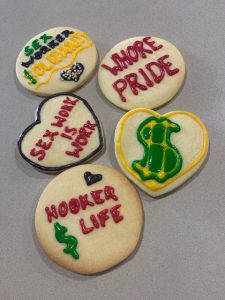 The honorable Daniel Andrews and Jenny Mikakos were approached in this letter about their funding of Project Respect, run by an organisation to support sex workers experiencing violence in Victoria.

Respect Inc. urged the Ministers not to fund this project, explaining that those involved deeply stigmatise sex workers. They have as their core philosophy that sex work is not work, that sex work is rape and that sex workers who do not identify as victims of sexual assault are suffering from a form of ‘false consciousness’. This rhetoric is harmful towards sew workers.

Respect stated, “We do not understand how a Government which oversees a legal framework for sex work licensing can justify funding an organisation that espouses the prohibition of sex work.”