What we’ve been up to | Respect QLD

What we’ve been up to 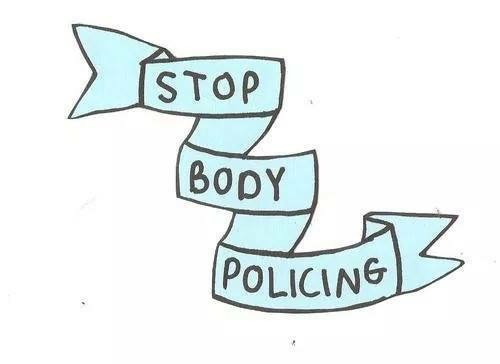 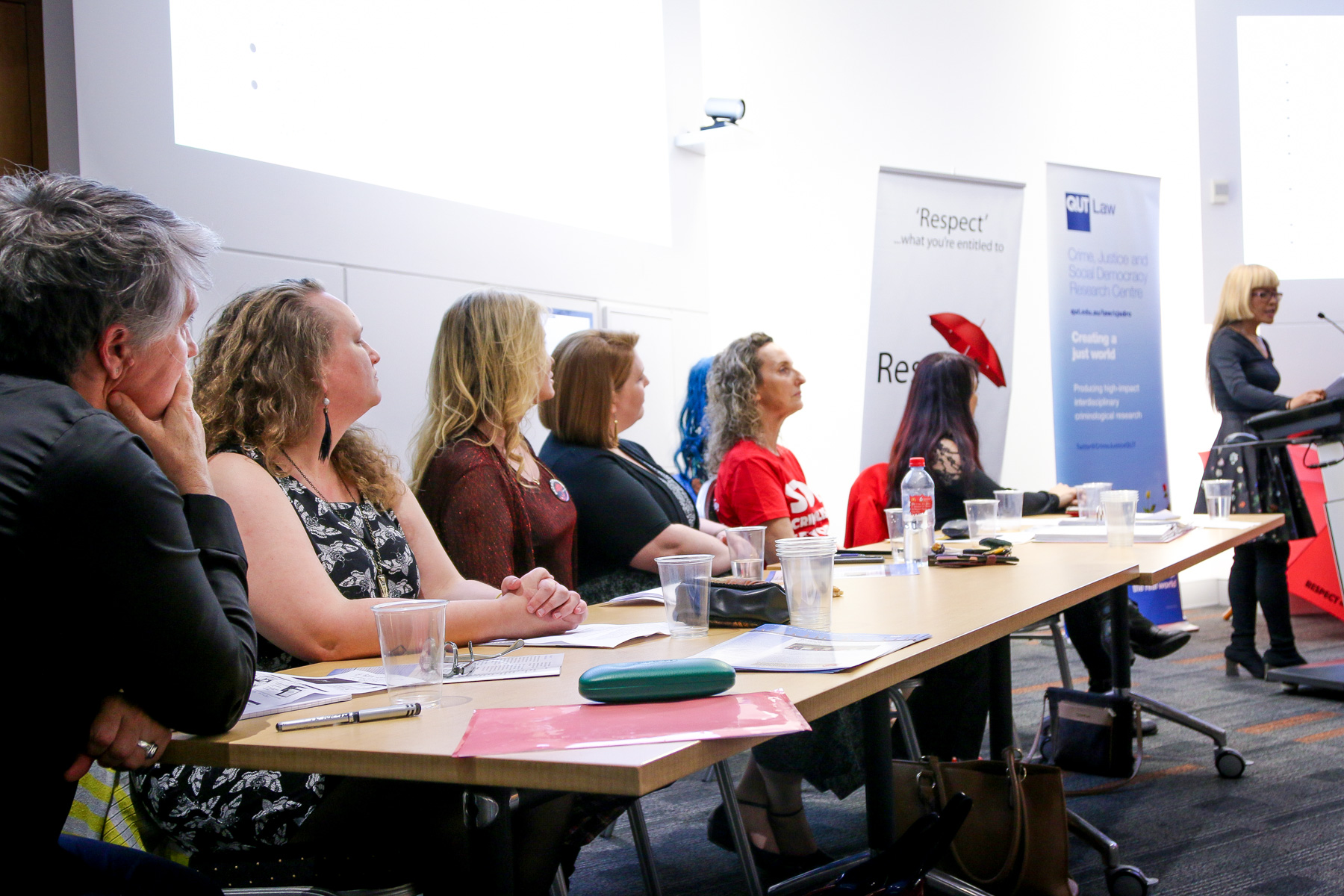 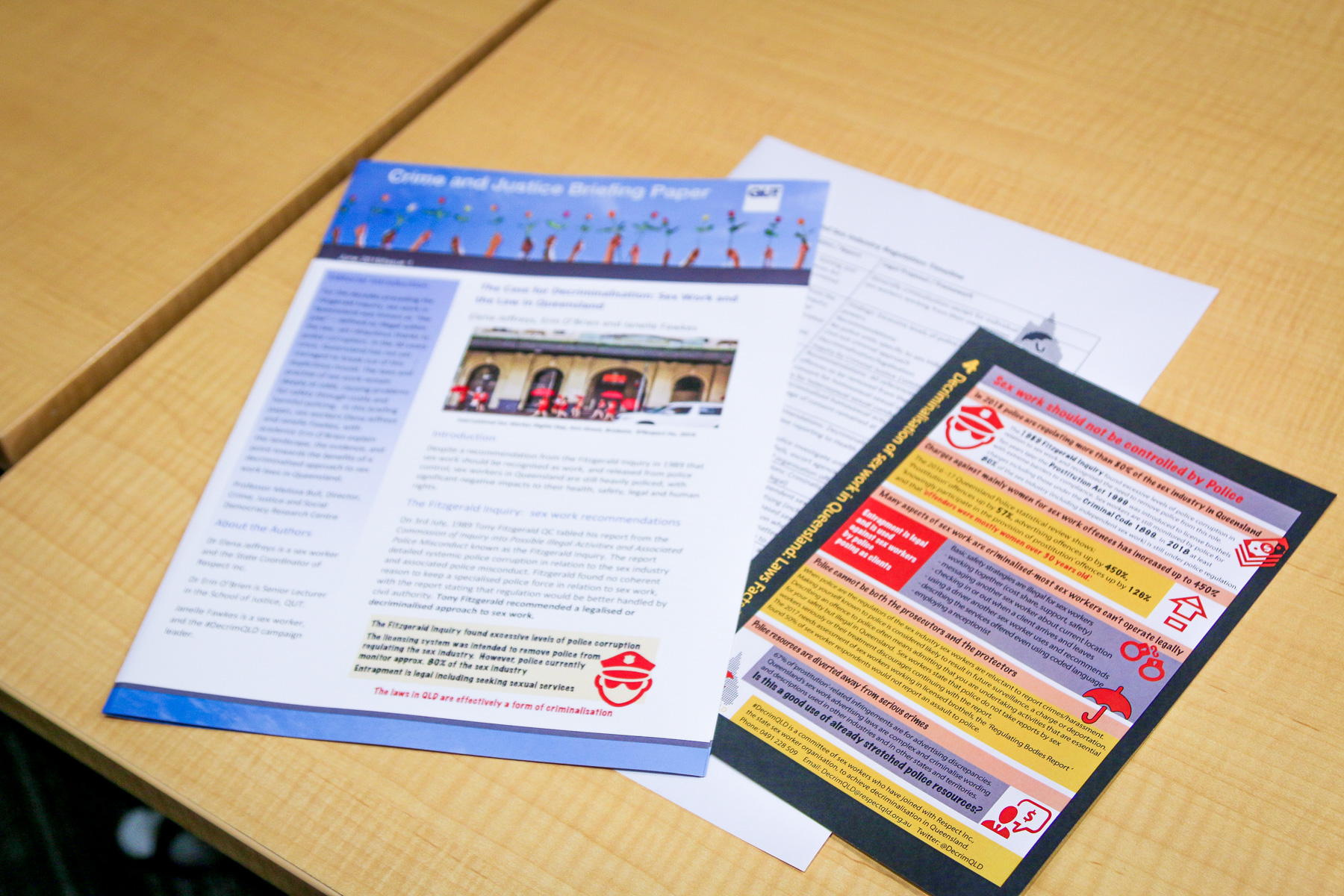 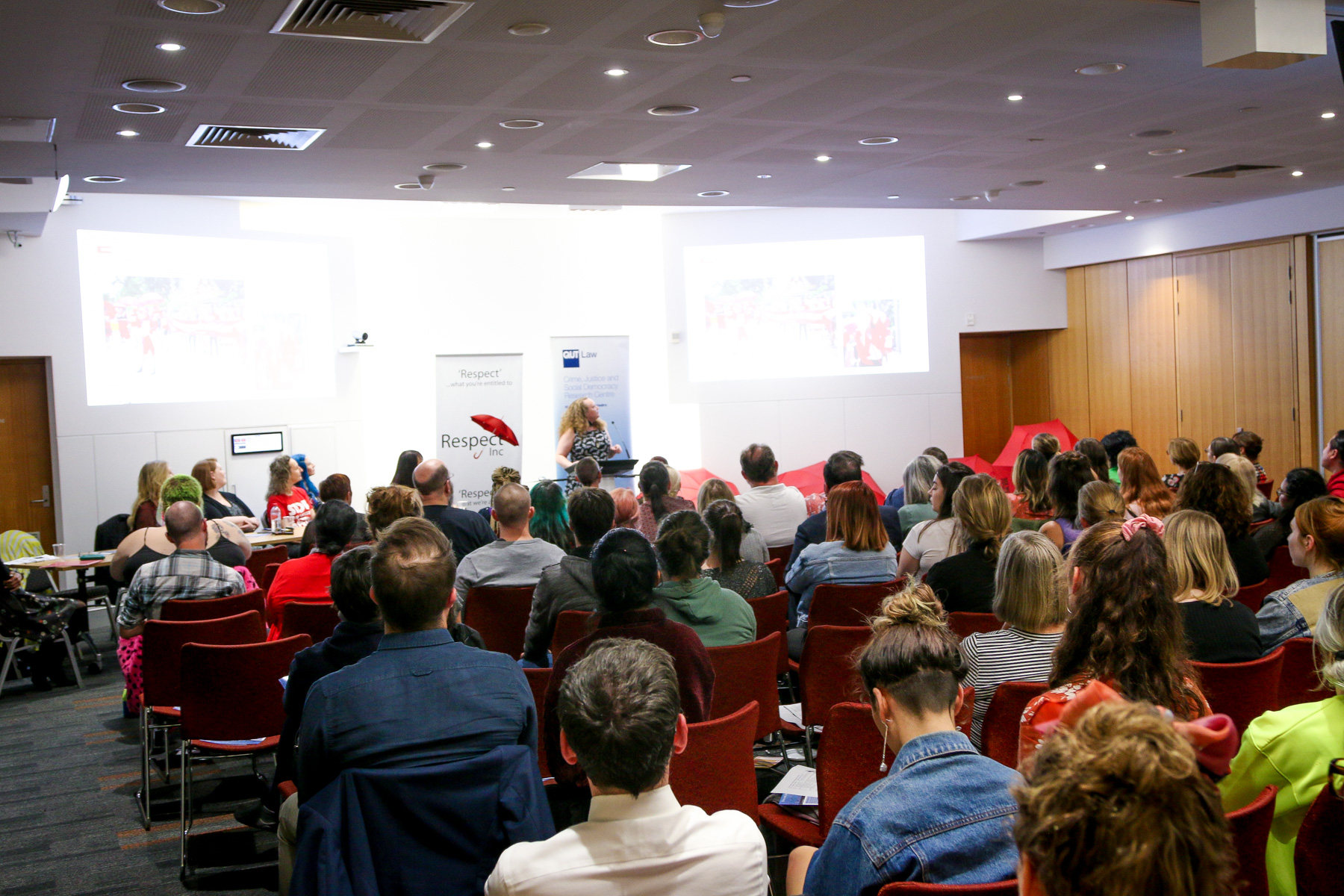 It is the 30th anniversary since the Fitzgerald Inquiry Report (1989) have been established. Respect Inc, #DecrimQLD and QUT School of Justice brought together an event of six leading academic and industry experts to discuss sex industry law reform in Queensland.

The 1989 Fitzgerald Inquiry found excessive levels of police corruption in relation to sex work, recommending significant reforms and civil regulation to remove police from a regulatory role. Yet in 2019, thirty years from the date the Fitzgerald report was tabled in parliament, these reforms remain unfinished business.

Despite the findings of the Fitzgerald Inquiry, sex workers are still monitored by police today. At least 80% of the sex industry remain under police regulation and are controlled by legislation including the Prostitution Act 1999 (Qld) and the Criminal Code 1899 (Qld). The legislation criminalises sex workers working in pairs and massage parlours. Police powers including immunity when undercover have been extended, and police enforce advertising wording compliance. Is this efficient use of police resources? Is it possible for police to be both prosecutors and protectors? What can be done to improve the health, safety and rights of sex workers in Queensland?

Mark Lauchs – Associate Professor in the QUT School of Justice

Candi Forrest – A Brisbane local and prominent commentator on sex work policy who lives to tell the pre and post-Fitzgerald tale. Founding member of Respect Inc. and member of the Sexual Health Ministerial Advisory Committee.

Dr Lisa Fitzgerald – A public health sociologist at the School of Public Health, University of Queensland who has lead research projects on the impact of decriminalisation on the health and safety of sex workers in New Zealand and authored, ‘Taking the Crime out of Sex Work’ (2010).

Elyse Coles – A sex worker with insight into the Fitzgerald times and current regulation whose passion is equity for sex workers, particularly trans sex workers. Spokesperson for the DecrimQLD Campaign.

The event went successfully well with an excellent turnout.  We really appreciate those who attended and thank you for your support.

This 5th biennial international conference was hosted by the Crime, Justice and Social Democracy Research Centre. Queensland University of Technology seeks to further build on and innovate in new and imaginative areas of criminological thought.

This conference creates a globally connected space to enhance the dialogue between scholars and practitioners from the Global South and the Global North. The conference welcomed scholars from the global north – as a critical aim of the conference is to link northern and southern scholars in a collective project that will radically transnationalise the discipline into the future.

Criminology has concentrated mainly on problems of crime and justice in the metropolitan centres of the Global North, while the Global South has remained largely invisible in criminological thinking.  This is an historical legacy of the dominance of the social science in the northern hemisphere. This conference aims to redress this imbalance by providing an expansive overview of criminologies of the global periphery. Rather than being held in a city centre, the conference was convened at Broadbeach, a picturesque part of the Gold Coast in the south east corridor of Queensland, Australia.

The conference went really well, and Respect Inc would like to extend a massive thank you to the team at QUT Crime, Justice and Social Democracy Research Centre for all their support. 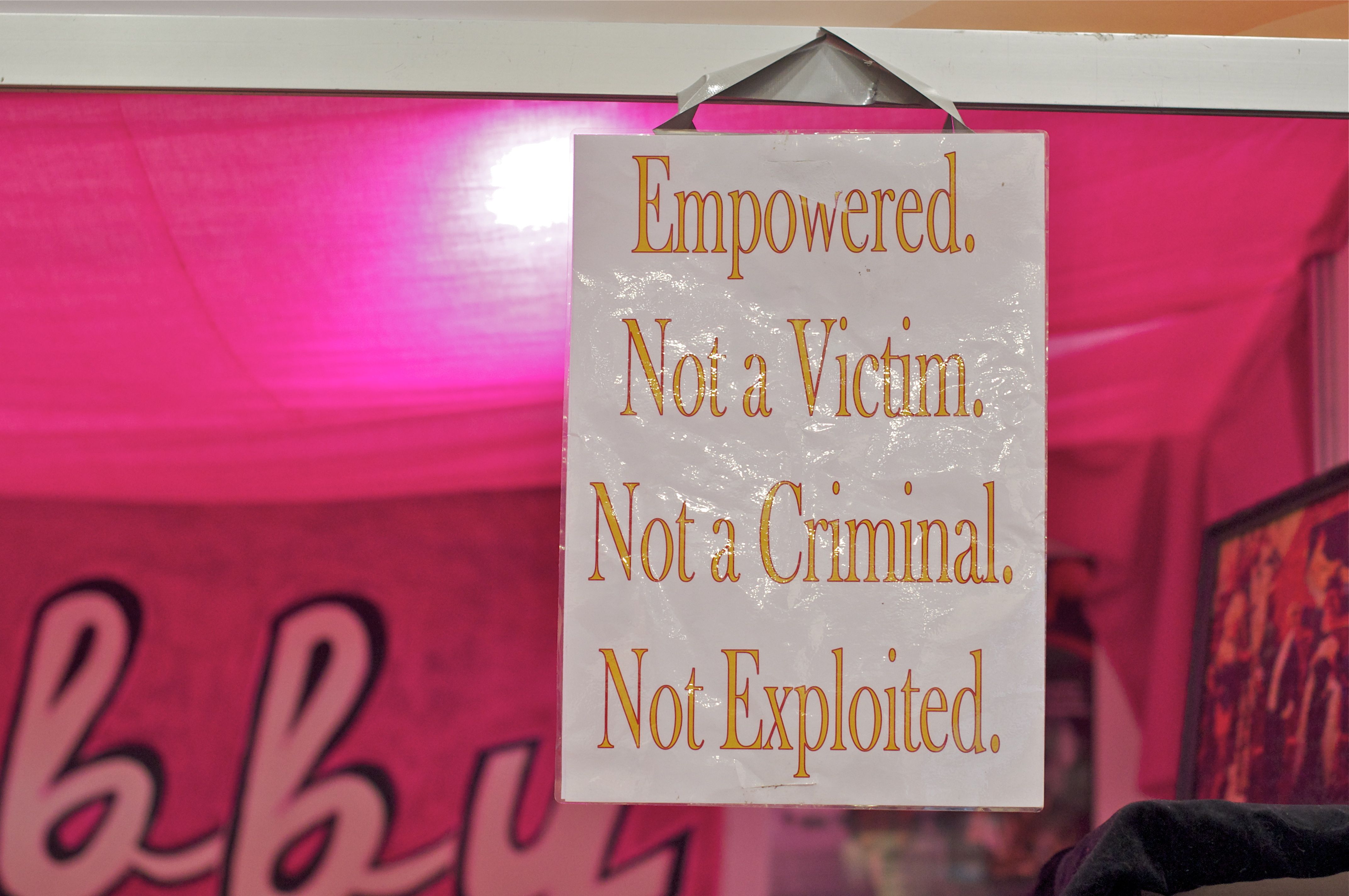 This conference discuss and address the economic inequality and ecological crisis. These discussions are looking into the political and economic system that punishes those in our communities who already experiences the most disadvantage and discrimination, incarerates our Aboriginal and Torres Strait Islander peoples and disempowers the most vulnerable. The desired outcome is to build a fairer society, where all people are able to live freely and with dignity and are able to access to the services and support they need.  This conference gives us the opportunity to raise political and ethical questions and to develop strategies for systemic change.

Respect Inc will be hosting a lunchtime forum at this conference to better inform the legal community about sex worker issues in Australia and Queensland.